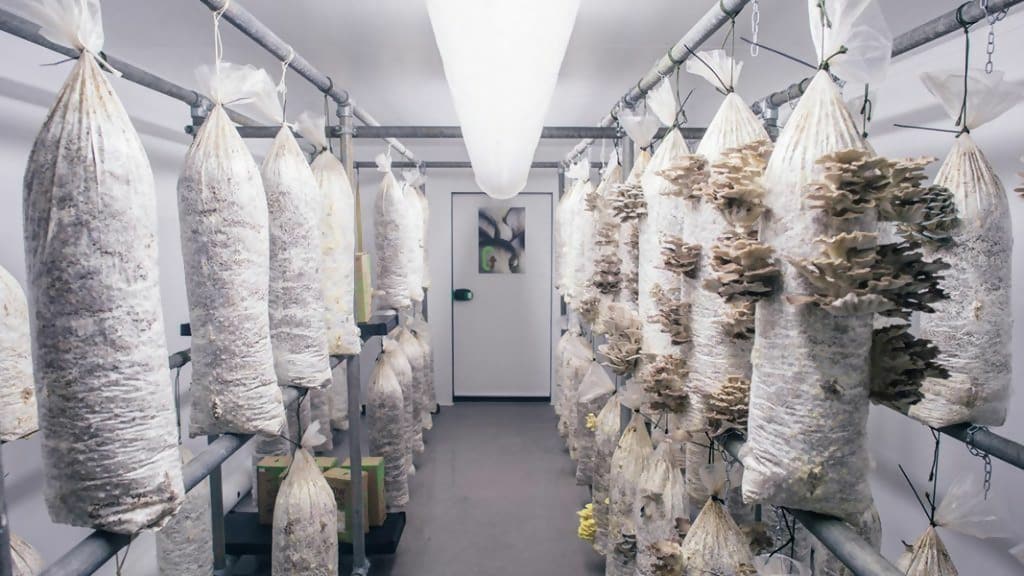 If you are currently cultivating mushrooms or thinking about doing so, you might know the importance of tightly controlling the growing environment.

Among the important factors for great yields at the end is light exposure. Many people believe mushrooms grow in the dark, but lighting plays a crucially important role in the life cycle of most gourmet mushrooms from inoculation to harvest. This is true for most gourmet mushrooms such as oysters, shiitakes, lion’s mane, and others. The one exception is the commonly found white button mushroom, which requires no light to grow to normal size and yield.

In this article, we will explore why mushrooms require light, either artificial or natural, the benefits of supplying light, and will end recommending some light schedules and indoor grow lights.

The Importance of Light for Mushrooms

Unlike plants, mushrooms don’t photosynthesize. Instead, they breathe oxygen just like we do and gain their nutrients by decomposing the organic matter in the substrate. They therefore don’t need very much light, just enough to stimulate fruiting. Lighting is a relatively simple factor to perfect in the grow room, compared to factors such as temperature or humidity, yet still plays an important role in the final product and overall yield of the grow.

In the wild, light is a natural signal that tells the mushroom mycelium where an open environment is for their spore dissemination, leading to their fruiting.

In general, when it comes to the growth phase, light is a crucial factor for the fruiting body color, cap development, and stem elongation.

Lighting is normally introduced once the mushroom mycelia become slightly nutrient deprived and start to shift from the colonization phase of the substrate to the fruiting phase. When this occurs, the mycelium and substrate cool and primordia formation is stimulated. Once this happens, temperature, humidity, and lighting conditions are strategically controlled to stimulate maximal primordia growth. Not much light is needed to stimulate primordia growth, about as much needed to read a piece of paper (200-640 lux). Prior to this growth phase, minimal to no light is introduced to the mushrooms. Generally, mycelia flourish in the incubation phase without light.

One of the most sensitive gourmet species, oyster mushrooms, require 8-14 hours of light per day during the fruiting phase for healthy, restaurant-quality fruiting bodies. Some oysters will fruit with a darker color when exposed to adequate lighting, and others become paler. In general, when these mushrooms are deprived of light, the cluster will tend to grow towards any available light source and will be less pigmented. If severely deprived of light, oysters will form a coral-like structure with long, spindly white stems and small, pale caps. On the other hand, too much light can deform the cap, elongate the stem, and create pale fruiting bodies.

While light will stimulate early primordia formation and promote optimal fruiting body formation, it also plays an interestingly critical role in vitamin D formation in some mushroom species. High-intensity pulsed UV or sunlight-treated mushrooms will produce bioavailable vitamin D by converting ergosterol to vitamin D2, making them the only non-animal source of vitamin D. For example, researchers who published in the journal Food and Nutrition added supplemental UVB light treatment for a few minutes to common white button mushrooms just prior to harvest. They were able to produce 164 micrograms of vitamin D2 per 100g of fresh mushrooms, almost 5.5 times as much as salmon on a per weight basis. They also found that exposing the mushrooms to sunlight just after harvesting will also stimulate vitamin D production, although not as much as the UV-B light.

Most white button mushrooms are not light-exposed and only grown in the dark, but putting them under a sun lamp for an hour or out in natural light can give them that nice vitamin D boost.

What Type of Light do Mushrooms Prefer?

Rather than direct light, mushrooms prefer reflected, indirect light. This light is usually in the higher wavelengths, towards the blue spectrum (380-480nm). Ideal light temperatures may vary between 5000-7000 Kelvin. Compact fluorescent lights (CFL) work well within this range, while standard incandescent light bulbs are not recommended because they output softer, red-spectrum light in the 3000K range. In terms of lumens, mushrooms may require levels anywhere between 50 to 1000 lux. 1 square meter of space needs approximately 100 lumens of light, which may be used to calculate the specific number of lamps needed in the grow room.

How Much Light is Needed?

The precise lighting needs vary among the species and strain of mushroom being grown. For specific light requirements, be sure to consult the growth parameters of the specific strain being cultivated. In general, many species do well with a 12 hour on, 12 hours off light cycle. If they see daylight with a window in the terrarium, this isn’t needed and the natural cycle will suffice. Other indoor growers who like to match the biological clock of the mushrooms to their own use 16 hours on, 8 hours off with success.

All grow lights mentioned here, as well as regular sunlight, work well to stimulate mushroom fruiting. Some factors to take into account when making a decision is the size of the grow room, the budget, the heat output, ease of setup, and the location of the grow room.

Fluorescent lamps with “natural daylight” tubes emit natural bright light in the 6500 Kelvin color range. This is ideal for mushroom pinning and the growth stage. For example, these full daylight T5 Fluorescent Grow Lights are a great choice for any indoor shelved mushroom grow room. Up to four tubes are placeable in each lamp, but they can be fitted with just one or two tubes which would be plenty for any decently sized grow room. For example, in an 11’x19’ grow room, approximately four of these lights would be used, with two tubes in each lamp. In a smaller 12’x12’ grow room, approximately one lamp with two tubes would be used per aisle.

For smaller grow rooms, simple 15W CFL bulbs work well. These are inexpensive and easy to set up and can provide plenty of light for small, beginner growers. Apart from online, these bulbs can be commonly found at most grocery and hardware stores.

LEDs such as this mushroom light kit can also do the trick and reach color temperatures in the 6500K range that is ideal for mushroom growth. LEDs have the added advantage of being a flexible light source. They are compact, easy to install in the grow room, require a low amount of electricity, and have long life spans and produce not as much heat as fluorescents. According to a 2018 study studying the effects of several LED colors on the growth of grey and white oyster mushrooms, blue LEDs had the best effect on yield and production efficiency. For larger grow rooms, LED strips such as these are inexpensive, flexible, and output 180 lumens per foot.

In the wild, light is commonly delivered to woodland mushrooms filtered through natural forest canopies. A bright window near the grow room can work well to simulate this, provided it is indirect sunlight. If they are exposed to direct sunlight or high-intensity exposure in the growth phase, it shouldn’t be for more than a few minutes or it may impede optimal growth.

Light can commonly raise the temperature in the grow room, especially if using the larger grow lamps. The temperature needs also vary on the specific mushroom variety being grown. Oyster mushrooms will fruit optimally in the upper 50s to mid-60s, while shiitakes will fruit in a wider range from 50F-70F. Lion’s Mane and Psilocybes will generally fruit at higher temperatures. From 65-80F. A little heating from the lights won’t do any harm, the only real requirement is to make sure the humidity doesn’t get too dry from the extra heat. Keeping things above the 90-95% humidity level, either with manual spraying or a humidifier, to ensure a favorable yield.

It’s clear that mushrooms will not fruit optimally without light. Light will alter the pigment of the mushrooms, prevent cap malformation, and lead to healthy, abundant yields. While some mushrooms like white button mushrooms do not require light, many of the lucrative gourmet mushrooms such as oyster and shiitakes require light during the growth phase to produce healthy, good-quality yields. Mushrooms such as shiitakes and white button mushrooms can also be supplemented with light in order to produce high quantities of vitamin D.

When it comes to the grow room, lighting is not the hardest factor to control but plays a significant role in making farmers market or restaurant quality yields. Either sunlight, fluorescents, or LEDs can do the job well, and LEDs are an especially great choice for their versatility and low cost and heat output. 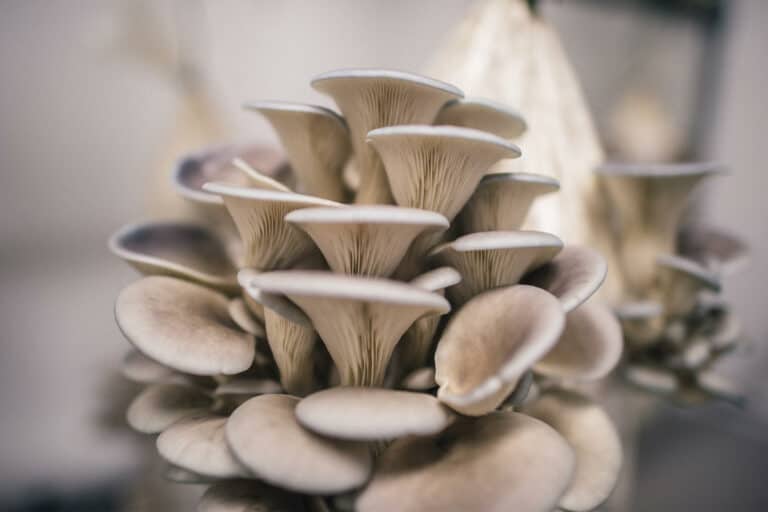 Gourmet mushrooms can be a true cash crop, and they are not as hard as you think to grow… 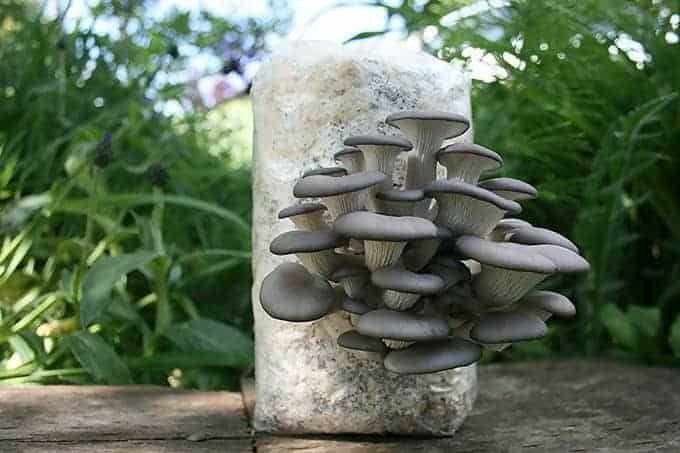 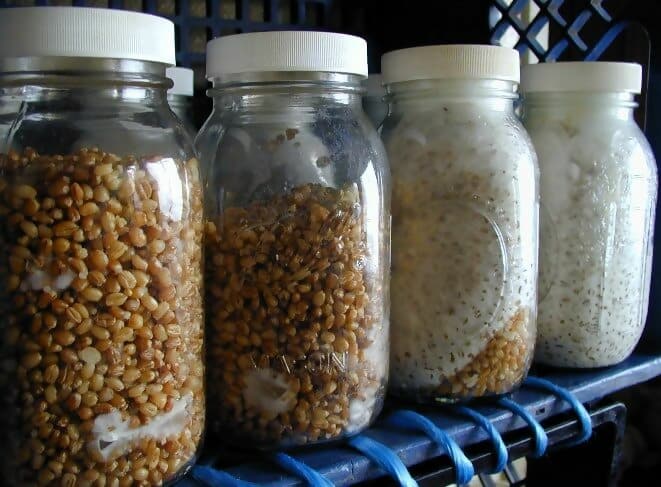 Source If you want to start growing mushrooms at home, obtaining or creating mushroom spawn is one of the… 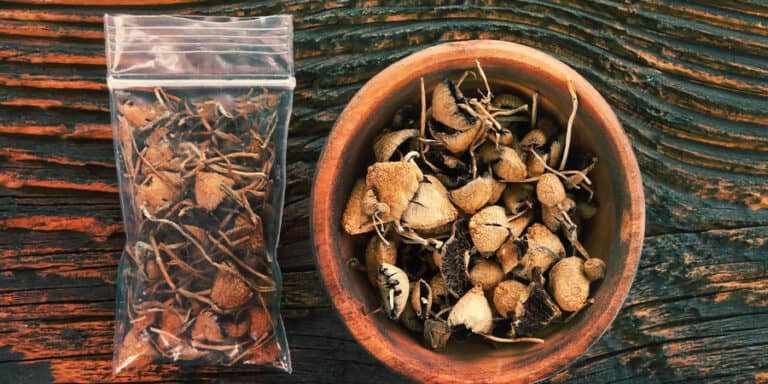 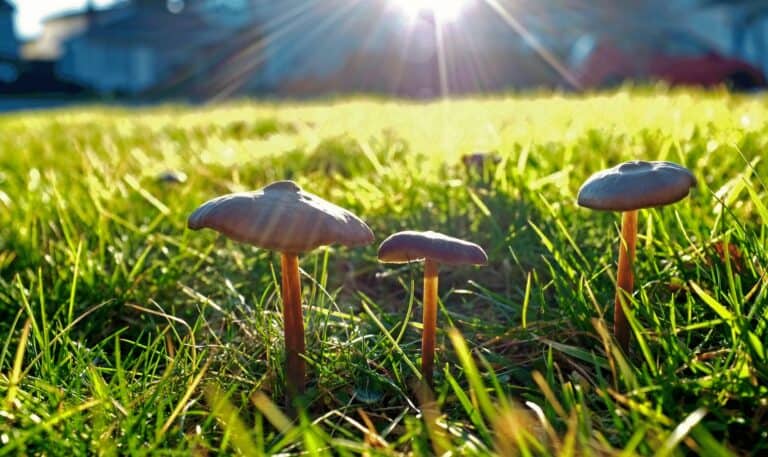 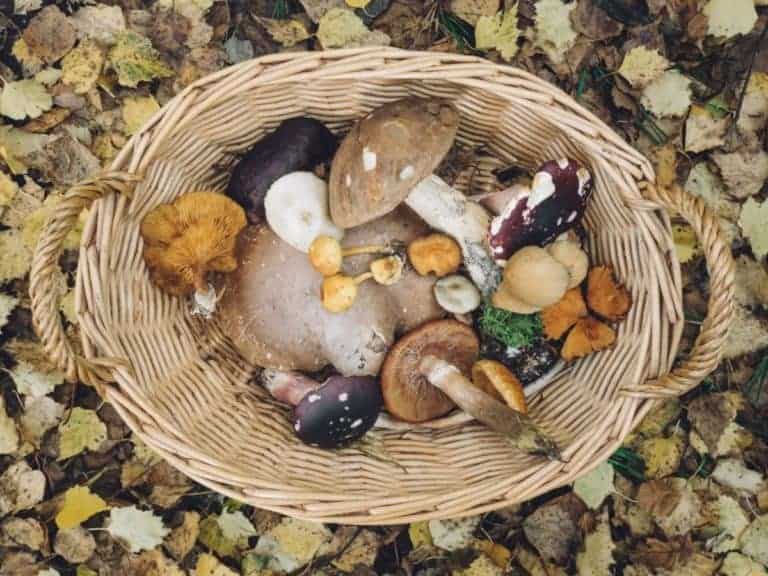